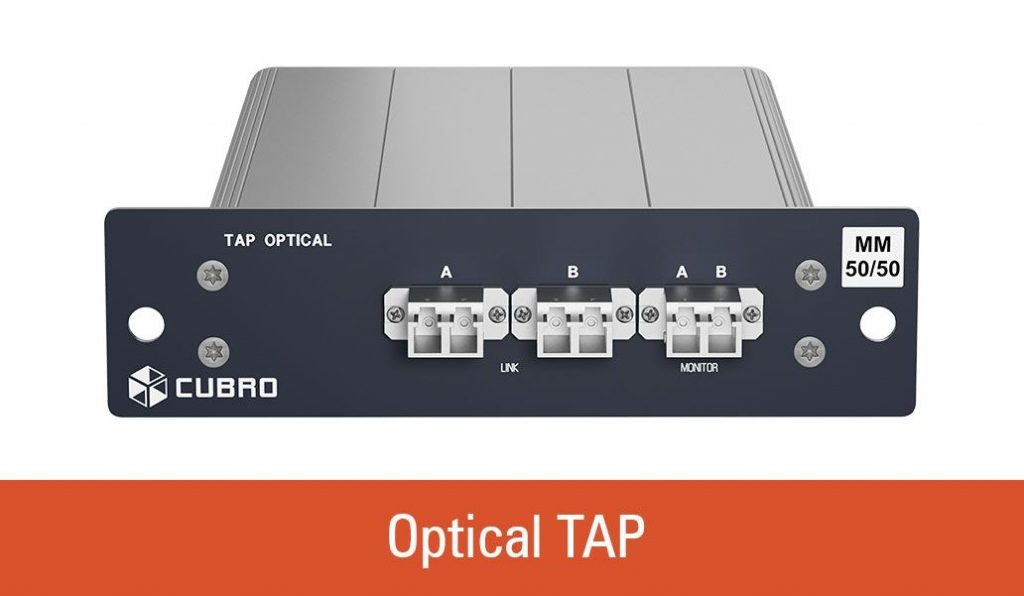 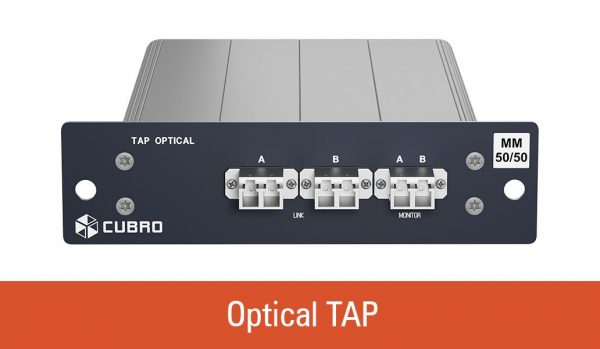 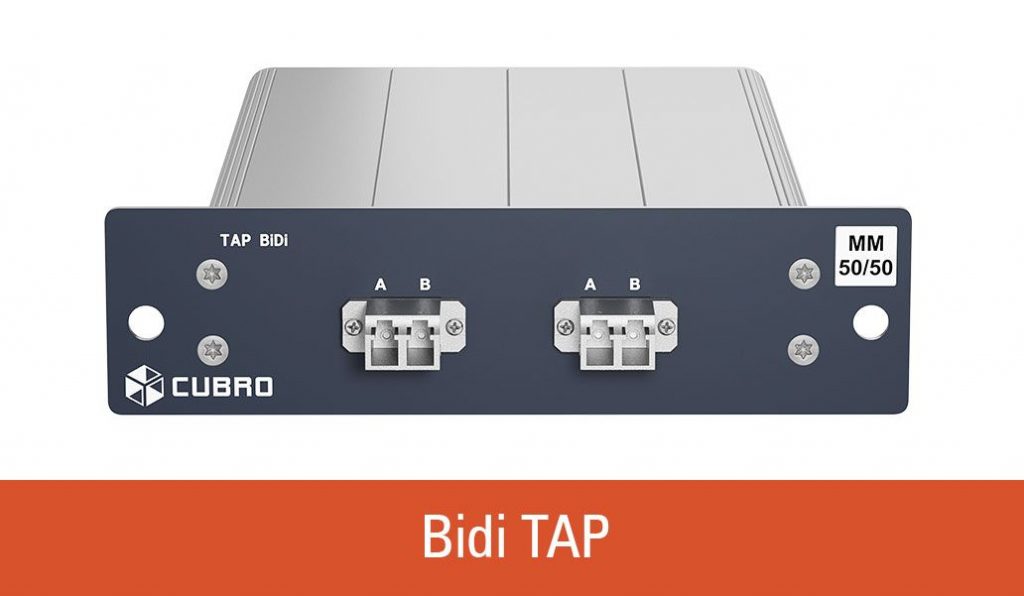 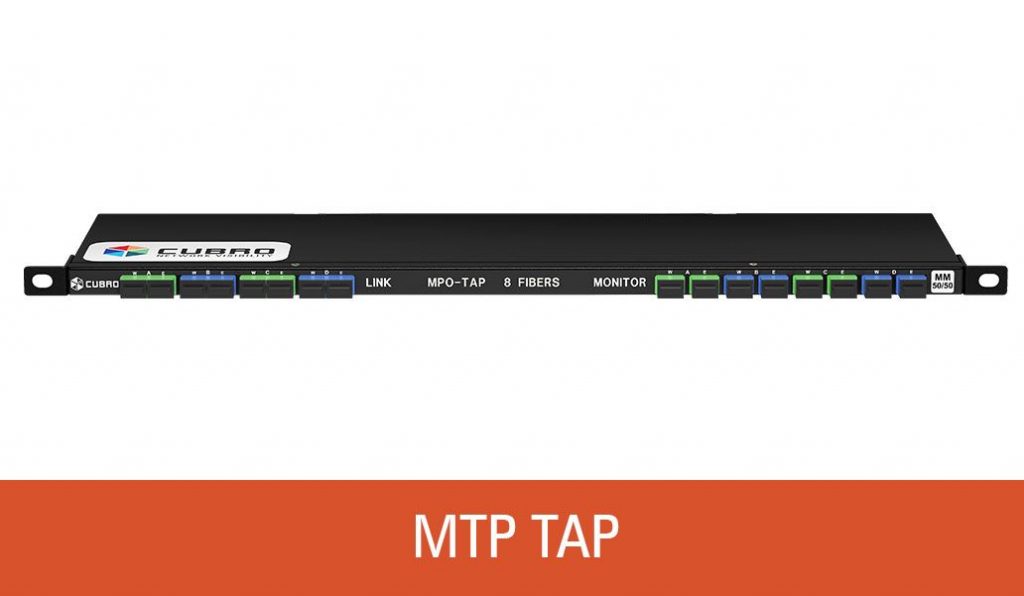 These TAPs provide a simple but powerful way to conduct in-service monitoring of high-speed optical networks such as SDH/SONET/OTN and Ethernet up to 100 Gbit. Our optical TAPs are completely transparent and offer 100% throughput. Cubro optical TAPs can, therefore, be used for any optical network application, regardless of the bitrate.

Cubro TAPs are available in various form factors, configurations, and split ratios to offer the flexibility customers need for their individual requirements. For applications requiring high port density, our Optoslim TAP series offers industry-leading port density in a thin and stackable 1/3RU form factor. Single and Two link TAPs are available for smaller scale deployments with optional rack mounting accessories. Cubro TAPs are available with LC or MTP connectors on the live link and monitor ports as well as models with LC on the live link and MTP on the outputs. We also offer optical BIDI TAPs for bidirectional network links where the TX and RX signals are carried on the same fiber.

Depending on the available optical power budget, the split ratio on SM TAPs is available from 50/50 to 90/10 in increments of 10% with the standard model having an 80/20 split; MM TAPs are offered in either 50/50 or 70/30 split ratios. Every splitter used inside the optical TAP is handled carefully and insertion loss is measured before the TAP is shipped to the customer.